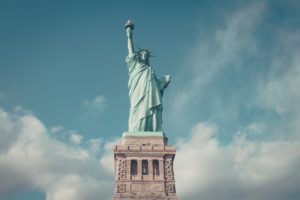 You Need To Understand Which Debts Survive Bankruptcy.

Remember this: not all debts are treated equally. And how your various debts will be treated is critical in figuring out the benefits of a potential bankruptcy filing. Some can be wiped out.  Some must be paid in bankruptcy. And some simply survive.

You may need to understand the definition of you different types of debts, first.

Here’s a breakdown regarding the treatment of each type of debt:

Secured debts have rights with regards to any asset you pledged as collateral.  A few of the most common voluntary liens:

This means that although you may be able to avoid your personal obligation to pay on such debt, the creditor can still force the sale of the collateral, and use the proceeds to pay off the debt. So long as the value of the collateral is equal to, or greater than the amount owed to the secured creditor, that creditor is fully protected. And if a debtor wants to keep the collateral (i.e. to prevent a foreclosure or repossession), he or she is going to need to make payments to the secured creditor. In bankruptcy however, a debtor can often modify the loan terms on the secured debt, so as to make the payments more affordable. But it is important to understand which debts survive bankruptcy, and secured debts often do, because the debtor wishes to retain that property.

Priority creditors are unsecured and therefore, unlike secured creditors, do not have any rights in any collateral. But most often these are debts survive bankruptcy. The bankruptcy code has laid out certain debts that have priority over other general unsecured debts. Such debts are considered “priority” or simply deemed “non-dischargeable.” This means they cannot be discharged or through bankruptcy. They must ultimately be paid.  In certain instances (such as chapter 13), they must actually be paid during the course of the bankruptcy filing. One key benefit of a bankruptcy filing is that it often allow for these debts to be paid in fixed amounts over the duration of a chapter 13 plan (want to understand the difference between chapter 13 and chapter 7?).   Some of the most common types of debts falling in this category include:

These debts are considered your run-of-the-mill obligations.  In general they include debts like:

No collateral has been pledged to secure these debts, and the bankruptcy code generally does not consider them priority or non-dischargeable.  As a general rule, some or all of these debts can often be discharged (i.e. the debtor does not need to pay them).  If a debtor has a moderate to significant amount of general unsecured debt, bankruptcy can be quite beneficial.

Often times a debtor will need some level of assistance to figure out the classification of his or her various debts.  This analysis will then help the debtor weigh whether filing bankruptcy is advisable.  As always, we recommend you obtain advise from a qualified bankruptcy attorney.