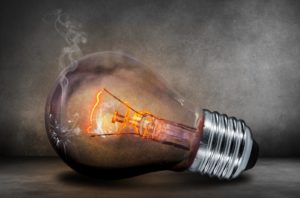 Student loan default is becoming an all-to-common phrase.  According to a recent article in the Wall Street Journal, approximately 43% of student borrowers are not making payments or are behind on their student loans. Below are some key points from this article.

That 43% is comprised of the following three categories:

So in total, 9.6 million of the 22 million borrowers (i.e. the 43%) are considered in default, more than a month behind, or in forbearance or deferment.

This leaves only 12.5 million of the 22 million borrowers who are considered “current” on payments.  But the plot thickens:

Now, here’s a question that the article does not pose:  Do these student borrowers realize just how scary student loans can be?  Student loan default is becoming an epidemic. And the magnitude of the debt, in relation to the individuals earnings, is often ridiculous.  The article begins to mention that the federal government can, and does, garnish wages and seize tax refunds to satisfy outstanding student loans. But here’s one fairly significant additional point: with almost no exceptions, these loans can never be discharged in bankruptcy.  The debts can stay with a borrower to retirement (and beyond), with the federal government actually garnishing funds from the borrower’s social security check.

Here is a link to the full WSJ article on student loan default.

* An important point: This figure does not include those borrowers in forbearance because they are still in school.  However, the figure actually excludes borrowers with government-guaranteed private loans.

** Income-based repayment plans permit borrowers to make reduced payments, equal to a percentage of their income.

Previous Post Bankruptcy Discharge (And What It Means for Me)