Bankruptcy Discharge (And What It Means for Me)

A bankruptcy discharge can mean different things depending on what chapter of bankruptcy you file.  In addition, not all debts can be wiped out, and some creditors (like those holding liens), may have other avenues to pursue. 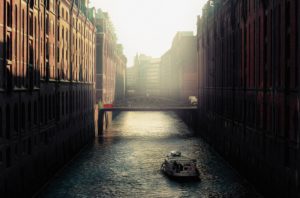 Upon a bankruptcy discharge, an individual is generally no longer required to pay certain debts.  An order discharging your debts is a type of permanent injunction that prevents creditor from taking any collection action against you.  This injunction is generally quite broad, so it covers most all activity that a creditor might normally pursue (collection calls, lawsuits, wage garnishment, etc.).

There is however an important caveat.  If a creditor holds a valid lien against any of a debtor’s property, that creditor may still attempt to satisfy the debt by enforcement against that property.  The law draws a distinction between the debtor’s personal obligation to pay a debt, and property (known as collateral) which can be sold in order to satisfy the debt.  This allows a creditor’s lien against collateral to survive a discharge obtained in bankruptcy.

How to Obtain a Discharge

As a general rule, a debtor will receive a discharge automatically, once his or her case concludes.  All creditors who received notice of the bankruptcy proceedings will then receive the order of discharge.  This order basically instructs the creditors that no further action can be taken to collect on the debt.  Those creditors are also informed that violating the order could result in sanctions by the court.  And even if a creditor for some reason did not receive the notice, the court order wiping out the debt is still generally applicable against that party.

Discharge in Chapter 7 vs. Chapter 13

Chapter 7 is considered a liquidating case, where the Debtor is not required to make any payment to those creditors being discharged.  In this chapter, the discharge is generally obtained within a relatively short period after filing.  If a debtor instead files chapter 13, then the debtor will be required to make a series of monthly payments over several years, before the unpaid portion of the debts is discharged. In this way, the discharge is delayed until the chapter 13 debtor has completed his or her required payments.

Important Note:  There are also certain other debts (the most common are taxes, child support and alimony) which may survive bankruptcy, even if you wipe out other debts.

Related Posts:  When Credit Card Debt Is Not Dischargeable?

Previous Post I Received a Notice of Entry of Judgment - Now What?